The Difference Between Opiates, Opioids and Narcotics

The terms opiate, opioid, and narcotics frequently are used in the same group of terminology when in fact they are vastly different. In recent years, prescription medication has increased in use and abuse, so it is important to know and understand the difference in terminology. What the drugs have in common is in their use, which is to reduce pain from injury, surgery, or chronic pain.

Explaining the difference between terminology

In recent years, the medical profession has moved away from using the terms opiate and opioid in their strictest sense, and freely interchange them when discussing opioid drugs. It is correct to interpret that opiates are natural and that opioids are man-made.

Opiates fall under the general umbrella of opioid drugs. Aside from that, there is no difference in the effect or the side effects of these types of drugs. Both are extremely addictive, physically, and psychologically, and are strictly controlled by the federal government, requiring prescriptions in order to be legally obtained.

Important points to consider when dealing with prescription drugs

As discussed above, narcotics often have a negative connotation when it comes to the perception it brings in a medical or clinical setting. It should also be noted that many people who find themselves dependant on narcotics outside of a pain management system are considered to have a drug abuse problem.

No matter what the medication is classified as, how it is used, created, or prescribed, it is important to speak with your physician or healthcare provider to discuss the potential negative side effects that come with taking a drug that is notoriously addictive.

Our society is in the middle of an opioid epidemic that has led to approximately 116 deaths every day and an estimated misuse of 11 million people alone in the year 2016. Opioid overdoses have cost Americans over $500 billion within our economy and have been associated with 42,000 deaths yearly.

Those numbers are only increasing, and of the 116 daily deaths, opioid addictions ruin families, destroy friendships and cause pain and suffering within communities.

If you or a loved one is suffering from opioid or opiate addictions, please reach out to United Recovery Center or a local rehabilitation facility to seek help for you or your loved one before the addiction reaches monumental issues. Please read through our articles to pinpoint signs of addiction and methods of seeking help today. 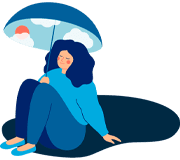