Chat with us, powered by LiveChat Skip to content

Morphine is a nonsynthetic prescription opioid drug that many other narcotics are modeled off or made from. It is marketed in oral compositions, injectable, and tablet form.

Morphine goes under several brand names, including Kadian, RMS, MSIR, Oramorph SR, Roxanol, and MS-Contin. This is in addition to being sold and dispensed in its generic form, the Drug Enforcement Administration (DEA) publishes. A potent painkiller that can elicit a euphoric “high” when abused, Continis commonly used recreationally. On the street, it is referred to as China white, God’s drug, Mr. Blue, morpho, morf, first line, Emma, How’s, Emsel, MS Unkie, and Dreamer.

Prevalence of Contin Abuse and Addiction

According to the Global Information Network About Drugs (GINAD), 10 percent of all individuals in the US have abused an opiate drug like Continat least once. Like most other drugs, Contincan cause drug tolerance when a person takes it regularly for a while, be it recreationally or through a prescription for pain relief. Continis often prescribed for individuals who have become tolerant of other opioid narcotics to mitigate pain. Once a person has developed a tolerance to a drug like Contin, it may not be long before the brain and body become dependent. The DEA regards Continas a drug in the highest level of controlled substances with medical value, Schedule II, as it has a high probability of being abused, and users can develop a physical and psychological dependence on it.

How Continis taken (e.g., swallowed, smoked, snorted, or injected) influences how quickly it takes effect. Smoking, snorting, or injecting it will rapidly send the drug into the bloodstream, more so than ingesting it orally, for instance. The National Highway Traffic Safety Association (NHTSA) reports that Continusually starts working within 15 minutes to an hour after use, and its effects last 4-6 hours.

When an individual becomes dependent on Contin, it is because the brain’s circuitry has been altered by the drug’s interactions and disruption of natural chemistry. When Continenters the bloodstream, it saturates opioid receptors in the brain and throughout the CNS. Dopamine, a neurotransmitter that affects pleasure, then floods the brain, causing heart rate, respiration levels, blood pressure, and body temperature to lower. People taking Continare likely to feel mellow and relaxed as well as pain-free. Over time, the brain becomes used to feeling this way, and some of the pathways in the brain are physically changed. This means that the brain may rely on Continto feel happy, making a person want to take more of it, bypassing the natural reward pathway, and creating a new shortcut pathway to feeling good. It may then be harder for the brain to keep producing dopamine and other neurotransmitters at its standard rate without Contin.

Detox is the removal of Continfrom the body. When dependence has developed, Continwithdrawal is often best managed through medical detox provided in a specialized facility with the aid of medical, mental health, and substance abuse treatment providers. The primary aim of detox is to help individuals become physically stable and then follow up with a treatment that focuses on the emotional aspects of drug abuse, dependence, and addiction. 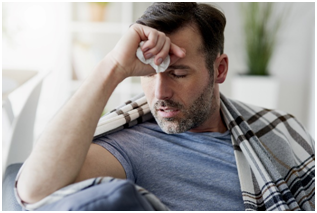 Withdrawal symptoms can set in as soon as Contin stops being useful in the bloodstream. Since it is considered a fast-onset drug, this means that Contin withdrawal may begin within 6-12 hours of the last dose, NHTSA states. Symptoms usually progress through two stages, with early withdrawal including side effects like tearing up, yawning, sweating, and a runny nose. The more severe symptoms peak during later withdrawal, within 48-72 hours, and include chills, goosebumps, heightened blood pressure and heart rate, insomnia, irritability, inability to feel pleasure, restlessness, anxiety, muscle pain, stomach pain, nausea, vomiting, diarrhea, sneezing, tremors, loss of appetite, depression, and drug cravings. The physical side effects of Contin withdrawal are often compared to a horrible case of the flu.

Emotional withdrawal symptoms can also be significant. Medical detox in a specialized facility under the watchful eye of trained professionals can ensure the safety and security of all involved.

MAKE THIS CALL THE ONE THAT CHANGES YOUR LIFE

Picking up the phone to get help is your first step on the road to recovery.

Don't wait for the better time.

You can do this.