Chat with us, powered by LiveChat Skip to content

There has been a considerable increase in prescription drug abuse and addiction during the past decade. Prescription drug misuse can have severe consequences for the person who’s using it, and it can cause heartache for their families. Prescription misuse involves the consumption of a medication in a manner or dose other than prescribed, taking someone else’s prescription, even if for a legitimate medical complaint such as pain, or taking medication to feel euphoric.

During the past one and a half-decade, the United States has seen an influx of emergency hospital visits related to prescription drug misuse, and a significant increase in overdose deaths. While barbiturate prescriptions have reduced, that doesn’t mean they’re less lethal.

Luminal is still prescribed for patients with sleep disorders and seizures. Veterinarians also use it to treat cats and dogs suffering from seizure disorders. While Luminal offers therapeutic benefits, it has the potential for misuse and abuse.

Luminal is the brand label of the drug phenobarbital. Other names used in the reference are phenobarb and phenobarbitone. It is in a class of drugs called barbiturate anticonvulsant hypnotics, and it is basically prescribed for seizure disorders. The drug is also prescribed for sleep disorders, but it’s mainly given to mitigate seizures in humans and animals. It is also used as an anti-anxiety medication, albeit less commonly. Individuals attending medical detoxification for benzodiazepines may be prescribed the drug as a method to combat withdrawal symptoms. At times, it is used as an anesthetic for patients going into surgery.

Luminal can be administered in various ways: orally as a capsule, as an elixir, or as an injection into the muscle. Once it has entered the body, it slows down the central nervous system, and it slows down intermittent electrical currents in the brain that culminate in seizures. Barbiturates affect the brain’s gamma-Aminobutyric acid (GABA) receptors. GABA is responsible for generating feelings of calm. These effects are what make someone desire to abuse the drug.

What Are The Signs Of Luminal Addiction? 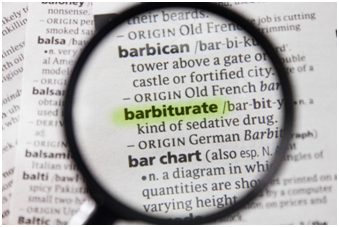 Luminal is a potent barbiturate that bears a high risk of abuse. For this reason, Luminal is meant only for short-term use that doesn’t exceed two weeks. A doctor may review the case and say if the therapeutic benefits overshadow the risks, if it needs to be taken for longer than two weeks. Luminal users typically take their routinely scheduled dose at night before bed.

Excessive Luminal use can lead to physical and psychological dependence. Such use can also lead to an overdose that could result in death. Recreational users do it to experience feelings of sedation and drowsiness. While these effects resemble those of benzodiazepines, the chemical makeup of barbiturates differs. Another effect a user will typically experience is euphoria. It is this blend of symptoms that create the compulsion to continue the use of the drug.

The prolonged use of Luminal will, in turn, make the user’s brain to cease the generation of naturally produced GABA. When the person stops using the drug because they’ve run out, or cannot obtain more, they will experience a crash and have enhanced symptoms of what they were initially treating. This is known as “rebounding,” It holds the risk of becoming dangerous depending on the dose.

Someone struggling with Luminal dependence or addiction may show symptoms that typically accompany barbiturate abuse. These include:

People who consume the drug recreationally will experience a unique set of symptoms as well. Their dependence on the drug will likely indicate a growing tolerance. This means they require a much higher dose to achieve the effects they’ve grown accustomed to. Signs of Luminal addiction include:

The recognition that addiction has set in may prompt some Luminal users to stop using the drug immediately, something known as “going cold turkey.” This is not recommended and is highly discouraged. This way of quitting can be a dangerous path that will likely see the user return to the drug.

Some withdrawal symptoms a user could experience can include dizziness, nausea, vomiting, convulsions, and seizures. Immediately call 911 if someone is experiencing convulsions or seizures. In more rare instances, tremors and hallucinations can occur.

If you or someone you love is ready to end their dependence on Luminal, it is highly recommended that treatment is sought at a reputable facility. By doing so, it will ensure a safe detox from the drug and will help achieve long-term sobriety.

MAKE THIS CALL THE ONE THAT CHANGES YOUR LIFE

Picking up the phone to get help is your first step on the road to recovery.

Don't wait for the better time.

You can do this.